We describe some of the practices some advocacy firms are still undertaking and what people should be aware of before signing up to No Win No Fee.

No Win No Fee, it's not Free 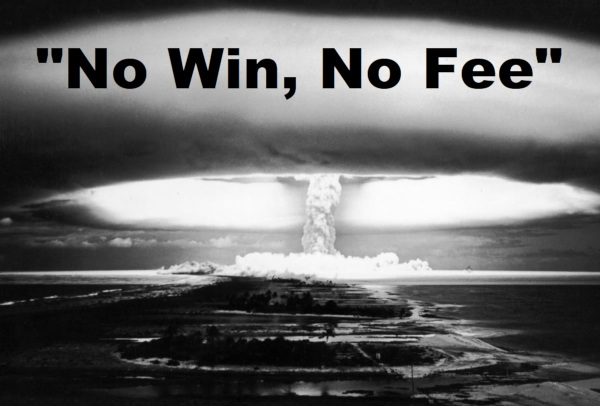 One myth that has plagued the New Zealand No Win No Fee Employment Law scene for many years is the misconception that No Win No Fee is a free service. This is not the case. No Win No Fee Advocacy firms expect that their clients cooperate with the firm to achieve a successful result, not to mislead the firm or provide false information. Firms need to be given a real opportunity to win. Where the client through their actions or behaviour does not allow this to reasonably happen the client is charged termination fees. This is standard practice.

A No Win No Fee firm has raised a personal grievance for the client and the firm intends on taking the case further, the client wants to pull out:

Client: "I have spoken to my husband and I have decided to not go any further.”

Firm: “Sorry to hear about that, but we will have to charge you for our work performed to date.”

Firm: “Yes, it is No Win No Fee, but did you give us a real opportunity to Win?”

What is happening with some of the larger No Win No Fee firms is the call taker in the initial phone call will immediately make a call to the aggrieved employee’s employer in pursuit of a fast settlement even before the client has signed up to anything.

The danger with this is that anything that is said in attempting to resolve or come to an agreement initially does not carry the without prejudice privilege unless a live dispute has been established. At this very early stage the call-taker has not raised a personal grievance in writing, and there has been no response in writing disputing the personal grievance – Therefore anything spoken about is not off the record and not without prejudice, the conversation if recorded by the employer, or if the employer gives evidence on what they have remembered was said can be used later in the Employment Relations Authority or the Employment Court, and this would include whatever amount of money was asked for by the advocate to try and achieve a fast settlement. This could not only damage the clients case but could also limit what award the client could seek later.

Another issue is that the call-taker in speaking to the employer directly in an attempt to achieve a quick financial settlement has not spent the requisite time and effort to properly establish the facts of the case. Rushing in and making statements at an early stage can jeopardize the clients case or potentially result in there being no real case, let's say if the employee has just been dismissed or thought they have been dismissed and the employer corrects any misapprehension or makes a genuine offer for reinstatement in remedy of a personal grievance the employee may have had, if a short time has passed between the misapprehension or termination of employment and there is a genuine offer to re-employ, the Employment Relations Authority would criticize an employee for not accepting a fast genuine offer to return to work. If a client wants a good payout then patience and making educated moves is key to success.

It is becoming common that where these unethical and unprofessional tactics are being used by advocacy firms, if they don't result in a quick financial settlement, the call-taker will either cherry-pick the best cases for themselves or pass on the other cases to the other advocates contracting to the firm.


Charging a percentage of settlement

Charging one third of the total settlement plus GST is standard practice. No matter at what point the case is settled whether it be after a couple of phone calls made by the firm or at mediation the fees on a percentage settlement can be larger than paying an hourly rate or fixed fees, however this is how the firm benefits as the firm is taking the risk, it is an extended line of credit effectively.

As a client would you rather pay an hourly rate instead? By the time Mediation is coming to an end following a personal grievance being raised an disputed, and the client is signing a settlement at the end of a half day mediation, the firm should not have spent more than 10 hours work on a clients case.

No Win No Fee or Hourly Rate?

No Win No Fee percentage of a third plus GST:
A total settlement figure reached could be $15,000. One third plus GST of $15,000 is $5,000 plus GST. The firm has doubled its money and often the employer has agreed to pay plus GST otherwise the client is charged plus GST.

The firms are relying on the employer agreeing to pay the firm its fees directly on production of a GST invoice from the firm to the employer. Most of the time this will be no problem, but many companies for whatever reason refuse to do so and will pay the client directly. The firm risks being cut out of the equation of having their fees paid if the client decides to do a runner.

How are some of the No Win No Fee firms coping with this problem? To them it is simple, have a bank account owned by the firm, tell the employer that their client would like the money paid into this bank account and voila. The firm takes its cut and then passes the remainder of the money to the client. Section 150A of the Employment Relations Act 2000 does not permit this, although there is no penalty or punitive action available, the legislation see's it such that the employer is still liable to make the payment or payments in terms of a settlement agreement if the employee is not paid directly.

150A Payment on resolution of problem

Despite the law there are advocacy firms still doing this, and probably unknown to the advocates due to their lack of knowledge of the law, the question that arises is this: who pays the tax portion for example when passing on gross wages?


Appeals in the Employment Court

What does a No Win No Fee firms client contract say about what will happen if the clients case is appealed by their employer to the Employment Court? Your case might get a win in the Employment Relations Authority but either party may elect to appeal within 28 days of the Authority determination being issued.


What should you ask?

No Win No Fee employment advocacy does have its place in the employment law landscape in New Zealand but clients really do need to do some due diligence and know what it is they are signing up to. Some useful questions to ask would be:

If you have any other questions or concerns or need help then don't hesitate to get in contact with us!